READ THE LAND BEHIND THE MIRROR

Work in progress: AWAKE in a DREAM

As part of my new graphic fairy tale Awake in a Dream I am in the process of creating a series of paintings in various styles: It's ten times the same image of Schlenzy in her kitchen shaking a cinnamon pot, being watched by Poompele, a creature from the dream world. The styles I have used are expressionism, surrealism, cubism and many other painting styles.

Check out my latest interview for Tiny Pencil Magazine issue 3: 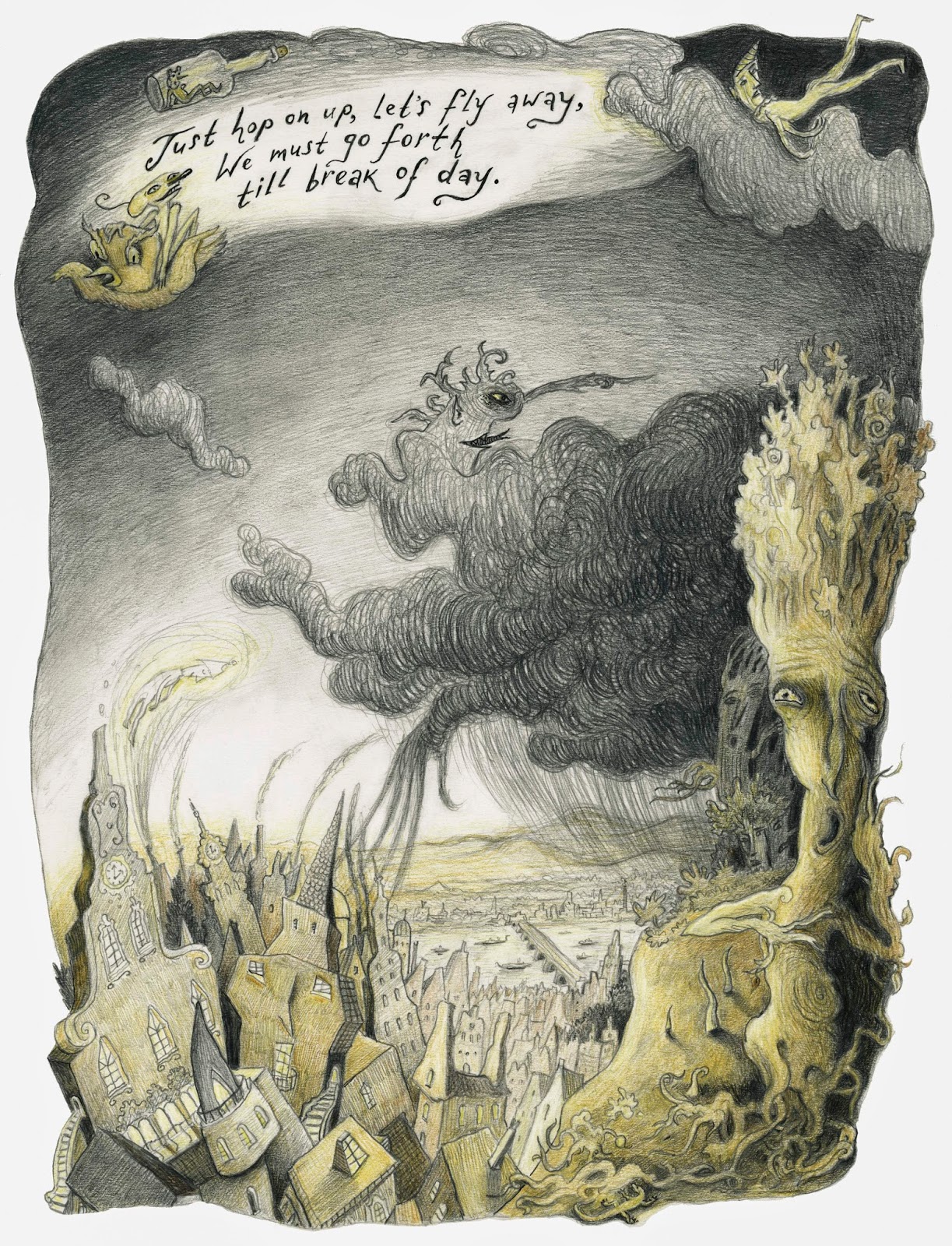 Posted by TobiasTak at 15:36 No comments: 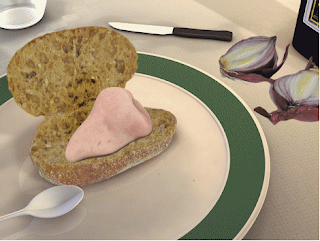 from 'The Nose' series by Elise Tak

Elise Tak and Tobias Tak present a preview of 'The Spirit of Saturn' at Pool Art Fair New York 2013, at the Flatiron Hotel room 408, 26th Street and Broadway, 10, 11 and 12 May.
www.poolartfair.com

Visual artist Elise Tak (Brooklyn New York) and her brother comics artist Tobias (London, U.K.) present a premiere of their collaborative work "The Spirit of Saturn" at Pool Art. Here their own unique fantasy worlds meet for the first time. In this fairy tale about mankind's mortal misconceptions around divinity and mythology, Tobias' traditional drawing skills are merged with Elise's high tech 3D and CGI techniques.
Elise will also show a selection of stills from her series "The Nose" based on the famous story by Gogol. The images will be accompanied by a continuous showing of the short film "Here's what I like, Russian literature. And now I'll tell you why" by Abigail Zealy Bess and Amy Staats, for which Elise has created them.
(more info: www.elisetak.com)
Tobias will display images from a series of illustrations of poems by Federico García Lorca.

Both Elise and Tobias are known for their narrative art. All through their respective careers they have created their own worlds, inhabited by imaginary characters; Elise has created a multi-layered illusory world of cinema in which her ten actors discuss and satirize contemporary and historical socio-political issues, whereas Tobias' comics are fairy tales, set in a dreamlike and magical universe full of outlandish and wondrous creatures.

For information contact Elise Tak: takatak18@gmail.com
Posted by TobiasTak at 10:46 No comments:

from Canciones by Lorca, series of drawings by Tobias Tak for Pool Art Fair, 10/12 May with Elise Tak, at Flatiron Hotel, room 408, 26th and Broadway, New York. 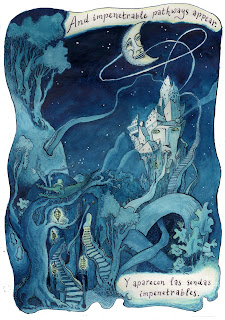 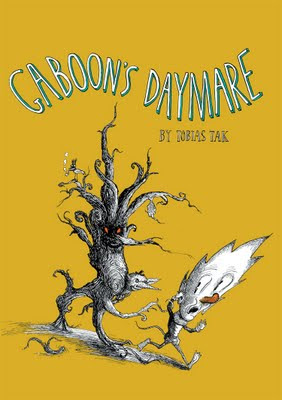 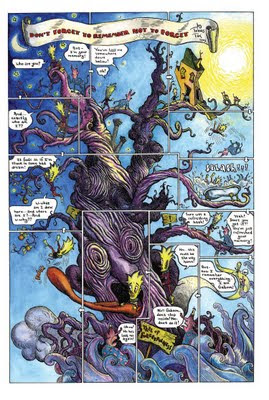 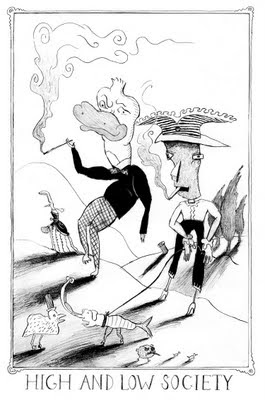 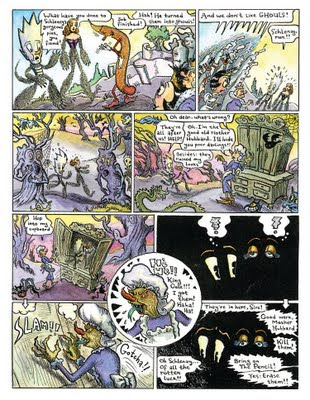 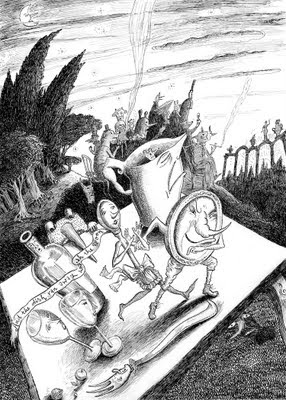 Page One of my new graphic novel !!!

"The Land Behind the Mirror"- Tobias' latest story, starring the wizard Gaboon and his glamorous friend Schlenzy. They have to solve the mystery of the stolen reflections. For more of this story click on the tab above. Don't get too frightened folks, don't wet the bed, it's cliffhanger-time !!!...Oooh ! 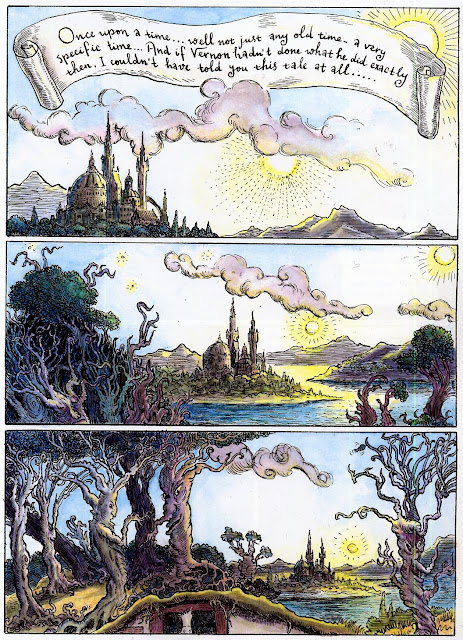 Email ThisBlogThis!Share to TwitterShare to FacebookShare to Pinterest
Labels: Gaboon, page 1, schlenzy, the land behind the mirror